Most activists do not excuse male violence because of colonization; although the men in our communities use this argument in their own defense: because they cannot, or will not, or feel threatened about, taking responsibility for their violence against women. So, they resort to blaming the white colonizers. We must not allow that analysis to dominate and resist the ways our own communities force us to silence, hurt, oppress, and disrespect the voices of women. It is up to us to ensure that women’s suffering, struggles, and strengths are not dishonored.

The Lifetime Spiral reveals patterns of victimization by enumerating the types of violence, vulnerabilities, and harms women and girls face.

IPV often recurs over the lifecourse and survivors’ decisions to seek help are shaped by their history of positive and negative experiences of help-seeking, and because their preferred and actual sources of help change over time. Using the Life History Calendar to interview 143 Filipina, Indian and Pakistani domestic violence survivors, this research enhances our understanding of help-seeking over the lifecourse and makes recommendations for system responses to domestic violence in Asian communities. 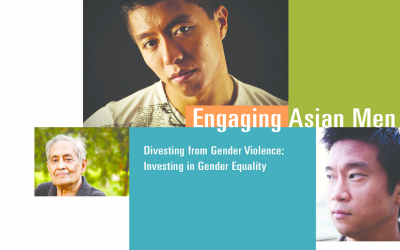 What will it take for men in our Asian communities to divest from gender violence and invest in gender equality?

By Sujata Warrier
Culture does not reveal stable patterns, but dynamic ones where experiences and commonalities continually re-shape it.

What Does Cultural Competency Mean and Why Should I Care? 2007

By Sujata Warrier
Use these training slides to enhance understanding of culture and cultural competency in domestic violence agencies.

Gender and Culture in Transition: A Community Conversation: Report on Domestic Violence Forum with the Fresno Hmong Community, 2014

By Central California Asian Pacific Women.
Advocates and community members from Fresno convened to examine domestic violence within the context of gender equity and how it impacts Fresno’s Hmong community. Participants identified steps that communities and systems can take to raise awareness, improve service for survivors, and redefine gender values and practices.