of the 87,000 women intentionally killed in 2017 were murdered by an intimate partner or other family member

Download Report
Based on 2017 global data, an estimated six women are killed each hour by people they know, leading researchers to suggest that the home is the deadliest place for a woman. This study examines available homicide data to analyze the gender-related killing of women and girls, with a specific focus on intimate partner and family-related homicide and how this relates to the status and roles of women in society and the domestic sphere.

The answer to this question is crucial to understanding the struggles of battered women to survive their abusive relationships and to protect the safety of their children, family and friends.

Globally, more than 35% of all murders of women are reported to be committed by an intimate partner.
WHO: Femicide Report (2012)


Who did the killing?

This question reminds us who is responsible for these deaths; bringing into sharp focus the relationships that batterers hijack for the final time when they transition from abusers to killers.

Contrary to media and public opinion, domestic violence related homicides are not “crimes of passion” where killers suddenly “snapped,” but are by and large, carefully executed plans that involve deliberation, planning, and extensive monitoring/stalking of victims.

A national study by the CDC analyzed 236 homicides of API women, finding that:

160 Asian homicide cases involving domestic violence, from a six-year period, resulted in 226 fatalities, of which 184 were homicide victims and 42 were perpetrator suicides. In these cases:

For Asian immigrant and refugee women, community or family-generated risks include violent and credible threats by male and female in-laws, blocking victims from seeking help by threatening them with deportation and/or loss of home and children, adding to the batterer’s victim-blaming tactics, arranging a contract killing (in her home country), and prohibiting and ostracizing abused women from leaving or seeking divorce. In some communities, e.g., this can include making it known that separated/divorced women will not be buried by the batterer’s family even if he kills her – given the importance of burial rituals, such practices put women at elevated risk for staying in abusive situations despite escalating danger. 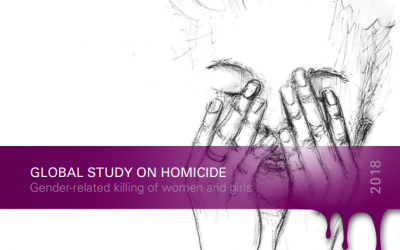 Global Study on Homicide: Gender-related killing of women and girls, 2018

By United Nations Office on Drugs and Crime
Around 87,000 women were killed around the world in 2017, including 50,000 (58%) at the hands of intimate partners or family members. This amounts to some six women being killed every hour by people they know. This study examines available homicide data to analyze the gender-related killing of women and girls, with a specific focus on intimate partner and family-related homicide and how this relates to the status and roles of women in society and the domestic sphere. 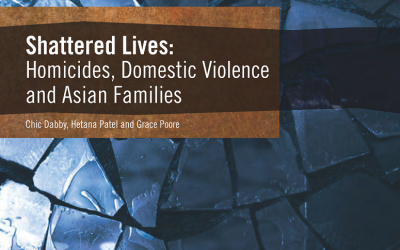 An analysis of domestic violence related homicides in Asian families from 2000 to 2005.

The results of multidisciplinary and multiagency reviews of domestic violence fatalities conducted by the Hawai’i Domestic Violence Fatality Review.

Centers for Disease Control: Racial and Ethnic Differences in Homicides of Adult Women and the Role of Intimate Partner Violence, United States, 2003-2014 (2017)

Danger Assessment: a tool that helps advocates and clients determine the level of danger an abused woman has of being killed by her intimate partner.

MyPlan App: a self-evaluation tool designed to help survivors assess whether they or a friend are safe within a relationship.

National Clearinghouse for the Defense of Battered Women (NCDBW): a technical assistance resource and advocacy center for battered women charged with crimes related to their abuse with aims to increase justice for — and prevent further victimization of — arrested, convicted, or incarcerated battered women.

National Domestic Violence Fatality Review Initiative: provides technical assistance, training and resources for the reviewing of domestic violence related deaths with the underlying objectives of preventing them in the future, preserving the safety of battered women, and holding accountable both the perpetrators of domestic violence and the multiple agencies and organizations that come into contact with the parties.